Proof-of-Burn (PoB) is a consensus algorithm that utilizes the burning of coins to create significant value. By description, Proof-of-Burn is a strategy of securing crypto networks via the destruction of coins. To develop a new block and receive the associated rewards, the miner needs to submit a Proof-of-Burn transaction.

Such transactions send a particular number of coins to an address that will never be used again. These coins are then said to be ‘burned’ or destroyed. This strategy is a real-world investment to become a miner. It is impossible to create a new block by burning random coins.

To participate in such networks, you will need to sacrifice something quite valuable. It helps in guaranteeing that just the serious players participate and ensures that the stability of the network is maintained.

CounterParty (XCP) was the first to implement Proof-of-Burn in January 2014 to help in securing their blockchain. Here is how it operates: XCP had a total of 663 coins before implementing PoB. Later, there were still 663 coins in circulation. However, no new coins were ever created. The blocks were mined after every two minutes, with every block awarding five new coins to the miner that discovered it. 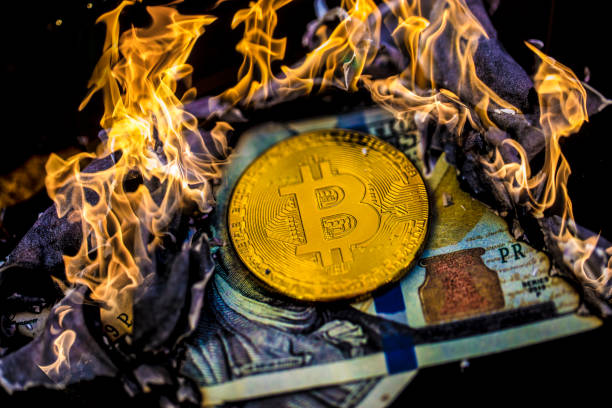 Since all these activities happened onto Bitcoin (BTC), XCP miners also got all transaction fees for each trade that they executed on the CounterParty platform.

There are major differences that exist between Proof-of-Work (PoW) mining and Proof-of-Burn (PoB). In the case of PoW mining, the total number of coins that the miner can create is unlimited. Provided that…