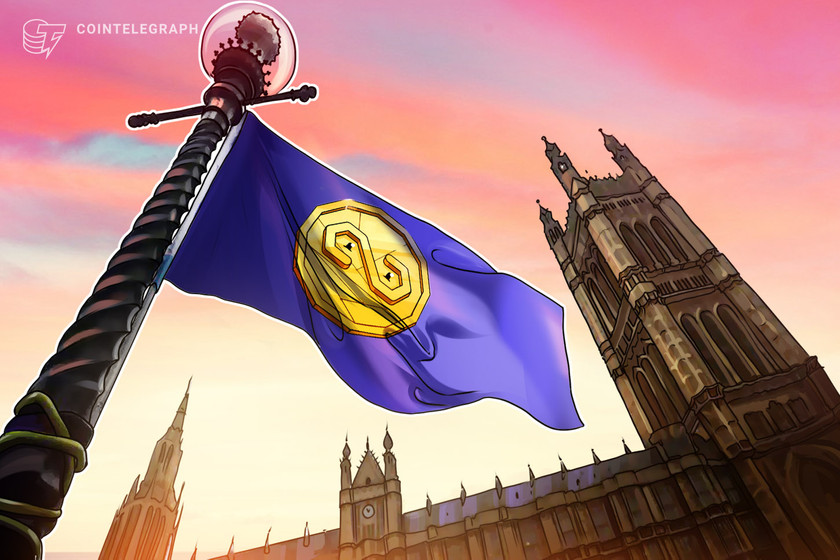 United Kingdom’s Department of Treasury, or Her Majesty’s Treasury, has reportedly decided to go ahead with regulating stablecoins as legal tender. While welcomed by the crypto community, the decision comes as a shocker due to its proximity to the recent fall of one of the most popular algorithmic stablecoin, TerraUSD (UST).

A local report from The Telegraph highlighted the Treasury’s intent to regulate stablecoins across Britain, which was revealed during the Queen’s Speech. During the speech, Prince Charles announced the introductions of new legislation across various sectors, including measures to drive economic growth to improve living standards in the region, adding:

Cointelegraph’s report from April 4 called attention to the U.K.’s Economic and Finance Ministry department, which cited the amendment of its existing regulatory framework for incorporating stablecoins as a means of payment.

This places the UK financial services sector at the forefront of technology, creating conditions for stablecoin issuers and service providers to operate and invest. pic.twitter.com/14SsIGW5bf

While the recent crash of the Terra ecosystem — which saw an unrecoverable downfall of LUNA and UST — was expected to raise red flags among the regulators, the UK Treasury maintains its course “to ensure the UK financial services industry is always at the forefront of technology and innovation,” as previously stated by the Chancellor, Rishi Sunak.

However, the Treasury’s plan does not involve legalizing algorithmic stablecoins and instead prefers 1:1 fully-backed stablecoins like Tether (USDT) or USD Coin (USDC). According to the Treasury spokesman:

“Legislation to regulate stablecoins, where used as a means of payment, will be part of the Financial Services and Markets Bill which was announced in the Queen’s Speech.”

By legalizing stablecoins for the UK market, the Treasury aims to open up growth opportunities while ensuring financial stability as it introduces new financial technologies. Underscoring the fact that the value of Terra’s UST token was tied to a different cryptocurrency, the spokesperson stated:

“The Government has been clear that certain stablecoins are not suitable for payment purposes as they share characteristics with unbacked crypto assets.”

Commissioner Hester Peirce of the United States Securities and Exchange Commission (SEC) recently highlighted the need for “room for there to be failure” while backing a regulatory framework for stablecoins.

I’d be happy to talk about how to achieve the SEC’s regulatory objectives without impeding the trial and error that is so essential to innovation. CommissionerPeirce@sec.gov

While speaking at an online panel, Peirce mentioned the rising interest in stablecoins among regulators. As Cointelegraph reported, Peirce urged the SEC to provide exemptions to particular technologies, which according to her, would allow for necessary experimentation:

“We need to allow room for there to be failure because that obviously is part of trying new things and our framework really does allow for that kind of trial and error. I hope that we will use it for that purpose.”