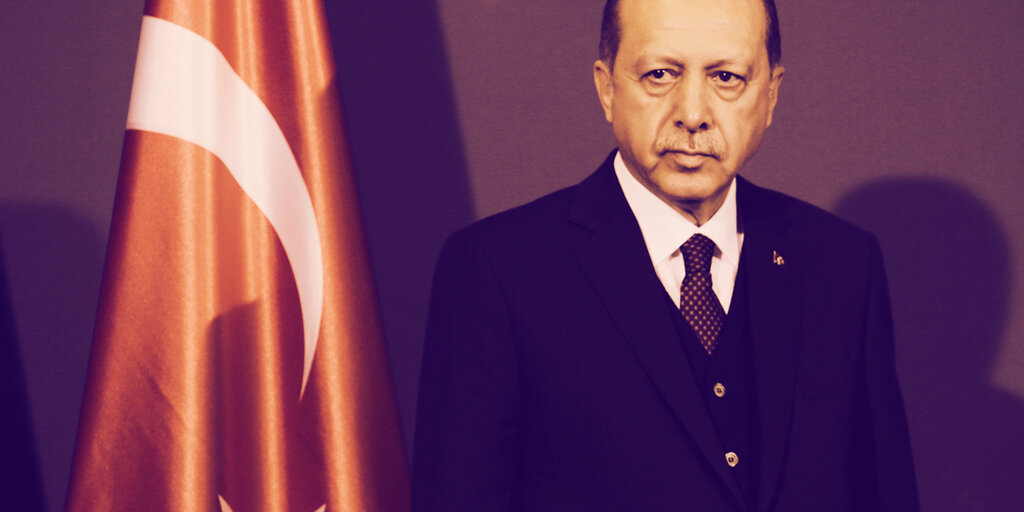 Turkey’s draft crypto bill is ready and will soon be sent to parliament, Turkish President Recep Tayyip Erdoğan said Friday during a press conference in Istanbul.

“We will take a step right away and send [the draft bill] to the parliament,” Erdoğan said. Although Erdoğan didn’t disclose much in the way of details this time, he said in September that the government “has absolutely no intention of embracing cryptocurrencies.”

Erdoğan said at the time the country would “move forward with our own currency that has its own identity.”

Despite the tough words, there’s no expectation of a crypto ban.

Minister of Treasury and Finance Lütfi Elvan ruled one out in May, commenting a month after two Turkish cryptocurrency exchanges, Thodex and Vebitcoin, disappeared overnight. The customers of those exchanges lost access to their funds, with estimates varying from hundreds of millions of dollars to billions.

Mertcan Bayraktar, a lawyer who represents several Thodex victims in court, told Decrypt that he doesn’t expect the Thodex-Vebitcoin scandal to shape the crypto bill. He believes the law will emphasize taxation and the legal status of cryptocurrency exchanges, such as whether they should be treated like banks or exchange bureaus.