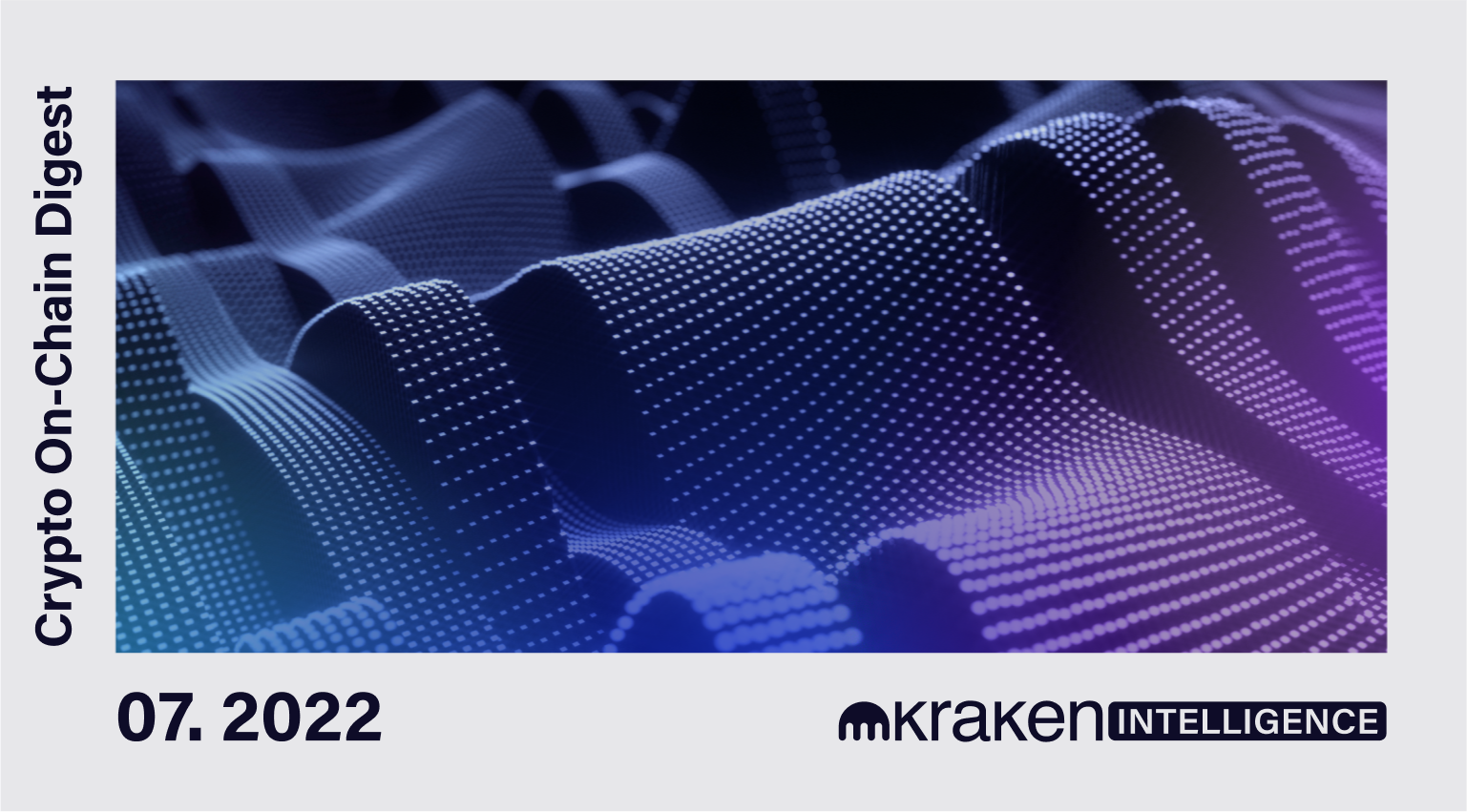 BTC was down more than -57% year-to-date as of June 30, 2022, capping off its worst first-half year in history. It is clear that we have entered a crypto winter. However, it is tough to determine the severity of the situation without analyzing on-chain metrics.

In Kraken Intelligence’s latest report, Ticking Lower, the team investigates key on-chain data points to explore where the crypto market stands today and what may lie ahead.

State of the market

Over the last month, cryptoassets slumped as inflation rates rose around the world. The Federal Reserve hiked the Fed rate by 0.75% in June, its sharpest single-month raise since 1994. Russia continued its ongoing military occupation in Ukraine.

BTC/USD continued its year-to-date downward trend in June, but altcoins performed even worse, leading the crypto market lower across almost all assets. Overall, altcoin dominance (the ratio between the market capitalization of a cryptoasset to the total market capitalization of the entire crypto market) also fell year-to-date. However, ADA, SOL and ALGO dominance rose month-over-month in June. AVAX saw the smallest dominance decline, followed by NEAR and ETH.

Indicators such as the…