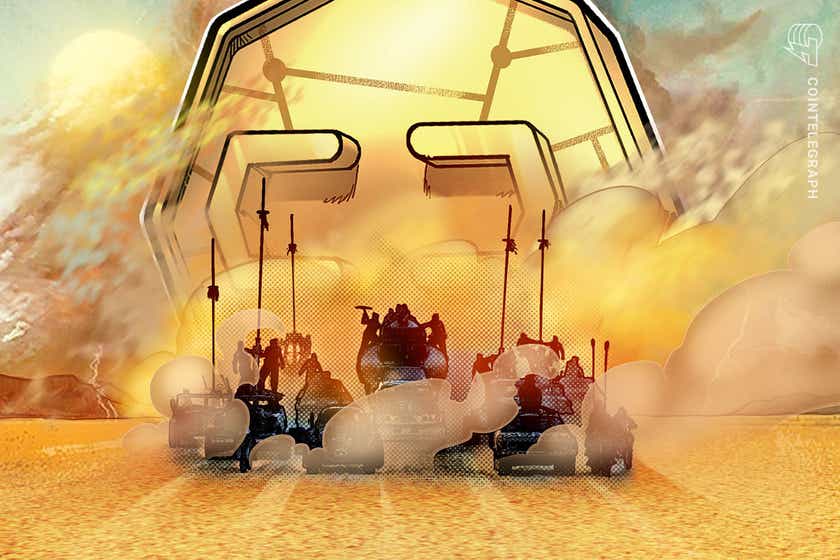 The cryptocurrency and blockchain industry experienced explosive growth in 2021, particularly in its decentralized finance (DeFi) and nonfungible token (NFT) sectors.

The year was also marked by continued price volatility, baffling behavior from China, a grand experiment in Central America, escalating institutional interest, and the rise of some faster smart-contract networks — all of which is reflected in this year’s list of industry “winners and losers.”

When China effectively banned Bitcoin (BTC) mining operations in May 2021, Kazakhstan rushed in to fill the vacuum, pitching displaced miners and others on its cheap and plentiful coal supply. Many set up operations in the Central Asian country, including a top-five crypto mining pool operated by BIT Mining.

By July 2021, Kazakhstan’s average monthly hash rate share stood at 18.1% — that is, it accounted for nearly a fifth of the world’s Bitcoin mining output, second only to the United States (42.7%), and a stunning increase from only 1.4% in September 2019, according to the Cambridge Centre for Alternative Finance.

Whether Kazakhstan will maintain its global share of BTC mining in 2022, given reports of widespread power shortages in the country as winter approaches remains to be seen.

Coinbase Global, the largest cryptocurrency exchange in the U.S., became the first crypto company to list on a U.S. stock exchange when it debuted on April 14 on Nasdaq. It closed that day at $328.28 with a market capitalization of $86 billion, a stunning launch that invited comparisons with…