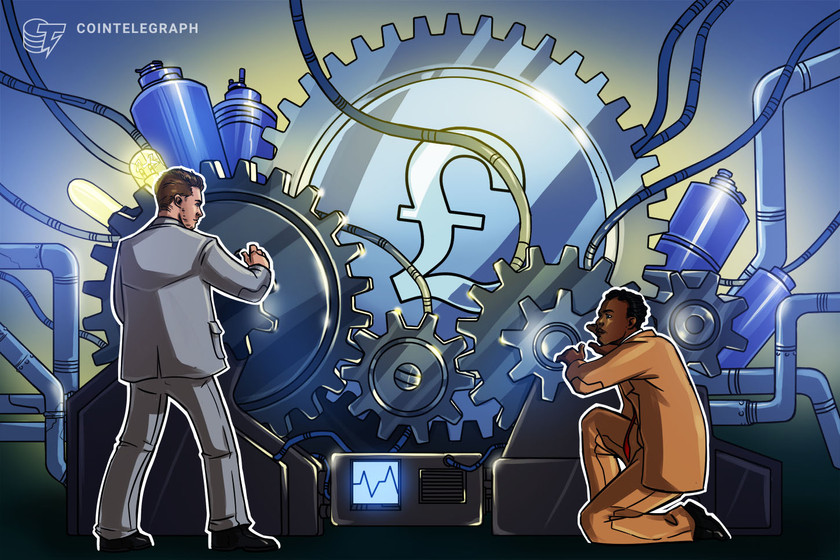 Major stablecoin company Tether is expanding its stablecoin offering with a new cryptocurrency pegged to the British pound sterling (GBP).

Tether officially announced on Wednesday that its upcoming GBP-pegged stablecoin, GBPT, will launch in early July and will initially be supported by the Ethereum blockchain.

GBPT will be a stable digital currency pegged on the 1:1 ratio to the GBPT, aiming to provide a faster and cheaper option for asset transfers.

GBPT joins a family of four other fiat currency-pegged Tether (USDT) tokens, including the largest stablecoin by market capitalization, USDT. Other stablecoins include the euro-pegged EURT, the offshore Chinese yuan-egged CNHT as well as the recently launched MXNT, the Mexican peso-pegged stablecoin.

According to the announcement, GBPT will be built by the team of developers behind Tether USDT and operate under its main website, Tether.to:

“We hope to help lead this innovation by providing cryptocurrency users worldwide with access to a GBP-denominated stablecoin issued by the largest stablecoin issuer […] Tether is ready and willing to work with U.K. regulators to make this goal a reality and looks forward to the continued adoption of Tether stablecoins”.

Tether chief technology officer Paolo Ardoino pointed out the the United Kingdom is a major location for the next wave of industry transformation, adding:

Tether’s GBPT launch comes amid the company’s main stablecoin, USDT, dropping below $70 billion in terms of market capitalization for the first time since October 2021. The stablecoin previously reached a value above $80 billion in May 2022.