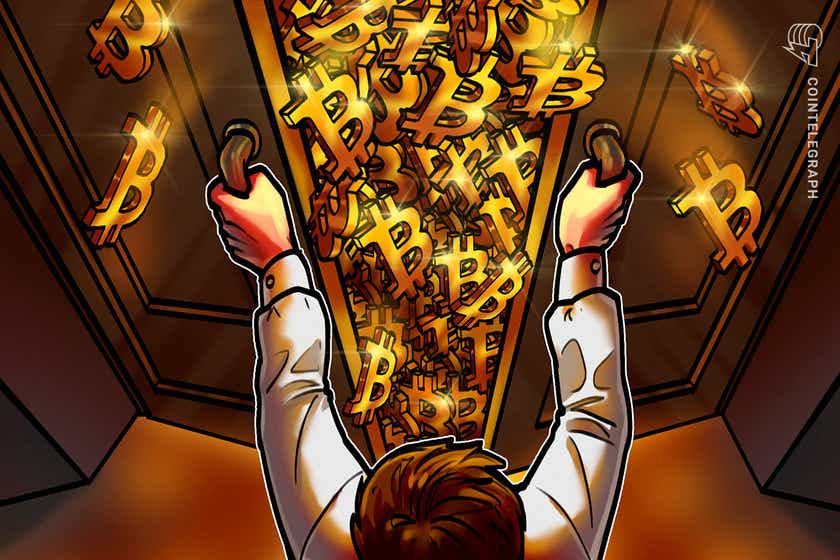 The founder of Terraform Labs (TFL) and Ethereum competitor Terra (LUNA) Do Kwon has outlined plans to accumulate a whopping $10 billion worth of Bitcoin (BTC) to add to the project’s stablecoin reserves.

Terra is a decentralized blockchain platform that specializes in stablecoin minting. Its Terra USD (UST) is an algorithmic stablecoin pegged to the value of the U.S. dollar, with the USD value partly maintained via an equivalent amount of its native token LUNA.

Specific details are sparse at this stage, however Kwon noted via Twitter on March 14 that Terra will not sell its native asset LUNA to build its reserves, and that more information is coming soon.

Kwon also bullishly emphasized that its stablecoin TerraUSD (UST) backed by $10 billion plus in BTC reserves will “open a new monetary era of the Bitcoin standard.”

“P2P electronic cash that is easier to spend and more attractive to hold” he added.

$UST with $10B+ in $BTC reserves will open a new monetary era of the Bitcoin standard.

Cointelegraph reached out to Kwon to see if the plans were already in motion, or it was just an idea being floated at this stage, and the founder simply responded:

When users on Twitter asked Kwon what the BTC reserves will be used for, he responded that the funds will be used to backstop short-term UST redemptions and for a decentralized forex reserve.