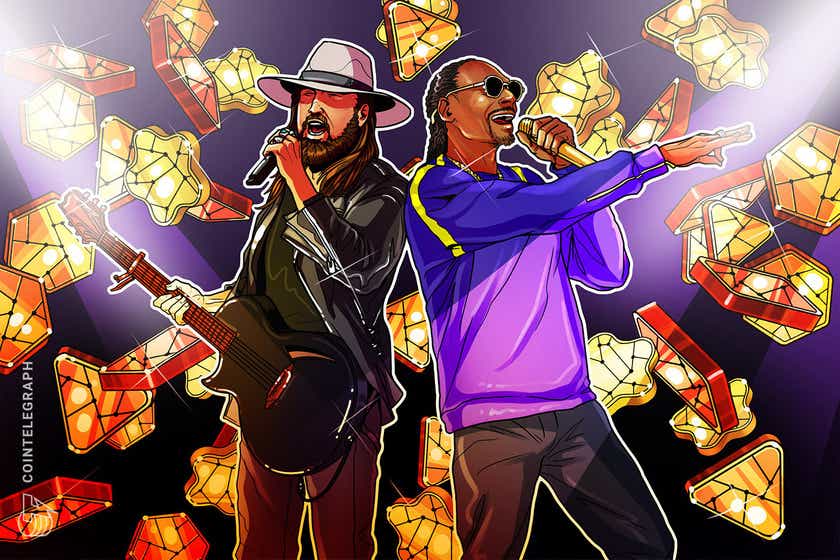 Recording artists Snoop Dogg and Billy Ray Cyrus have teamed up to release a new smash single, “A Hard Working Man.” The hip hop-country mashup, produced by the legendary Avila Brothers, will debut on April 2 during Grammy weekend in Las Vegas.

Cyrus’ 2019 hit remix of “Old Town Road” with rapper Lil Nas X made history by going 16x multi-platinum in the United States. Asked about his genre-bending approach to music, Cyrus replied, “My philosophy to making music is no limitations. No rules, no limits, no preconceived notions. Don’t try to think inside the box or outside the box, just think like there is no box.”

Adding to the excitement of the song’s debut, metaverse entertainment company Animal Concerts is hard at work (pun intended) developing a new 50,000-piece nonfungible token (NFT) drop to accompany the single. Cointelegraph is producing the artwork for this massive collection, which will be featured on Crypto.com NFT. The drop also features an exciting array of redeemables for music fans, from concert tickets and backstage passes to merch and free tickets to Animal Concerts’ “Meta-Concerts.”

Animal Concerts recently burst onto the scene with a host of high-profile live concerts featuring some of the hottest names in music, from Alicia Keys and Future to Meek Mill.

Bridging the NFT world, the metaverse and utility for the community, Cointelegraph and Animal Concerts will be expanding their collaboration beyond this drop. In the coming months, the two will be releasing other high-profile NFT collections, including with beloved celebrity dog Izzy…