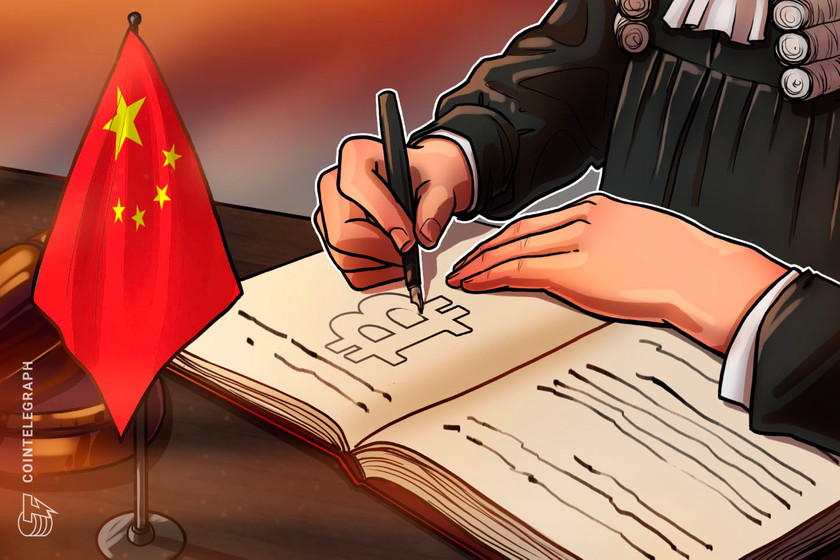 The Shanghai High People’s Court has issued a document in which it states that Bitcoin is subject to property rights laws and regulations. That finding was made in relation to a lawsuit filed in a district court in October 2020 involving the recovery of a loan of 1 Bitcoin (BTC). The lower court recognized Bitcoin as having value, scarcity and disposability, and therefore being subject to property rights and meeting the definition of virtual property.

According to the Sina website, the Shanghai Baoshan District People’s Court ruled in favor of plaintiff Cheng Mou, ordering defendant Shi Moumou to return the Bitcoin. When the defendant failed to do so, the case was returned to the court, which held a mediation in May 2021. Since the defendant no longer had possession of the Bitcoin, the parties agreed that the defendant would provide compensation at a discount from the value of the Bitcoin at the time of the loan.

No current value could be established for the loaned Bitcoin since its trading is banned in China. The case was also complicated by the limitations of court investigative and enforcement authorities, which cannot make enquiries about virtual property, according to the publication.

China began cracking down on cryptocurrency trading and ramped up efforts in 2017. The government went on gradually to disconnect cryptocurrency miners from the power grid and KV against crypto markets. It has since turned its attention to “NFT-related illegal financial activities.”

At the same time,…