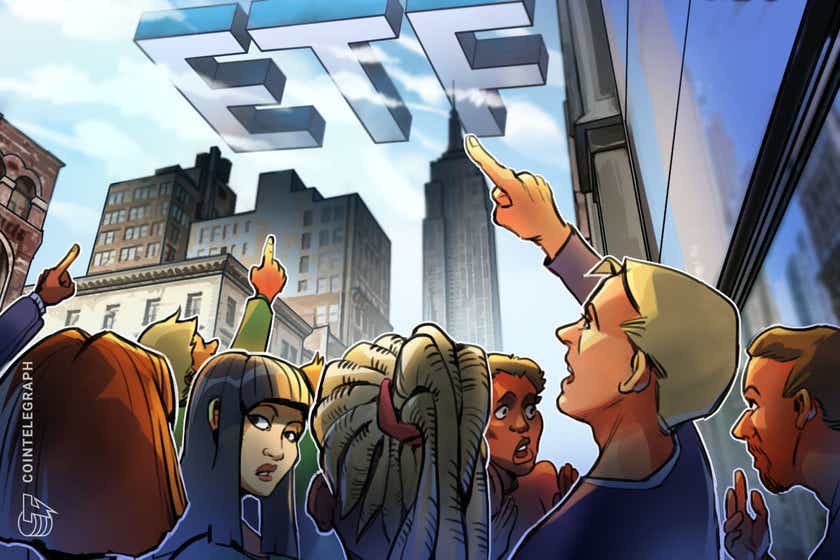 Sber, the Russian government-backed company and the largest bank in the country, is launching a blockchain exchange-traded fund (ETF) to track the performance of major crypto companies, such as Coinbase and Galaxy Digital.

Sber Asset Management officially announced the news on Thursday, stating that the new ETF is linked to various blockchain and crypto industry firms, including hardware and software providers for mining and issuing crypto assets.

Called “Sber — Blockchain Economy,” the fund is set to trade under the ticker SBBE and will track the eponymous index developed by Sber’s investment subsidiary SberCIB.

While SBBE’s currency is the U.S. dollar, investors will be able to buy shares with Russian rubles in the SberInvestor app or via “any other Russian broker.” The share price starts at 10 rubles ($0.013), the announcement notes.

According to the announcement, Sber’s blockchain ETF will be the “first ETF in Russia to allow investors to make money in the blockchain market without difficulties associated with direct development, buying, holding and selling digital currencies.”

“Direct investments in crypto assets are associated with high risks, so it’s difficult to deal with them on your own. As such, we offer to invest not in crypto but rather in firms focused on the development of blockchain technologies,” Sber…