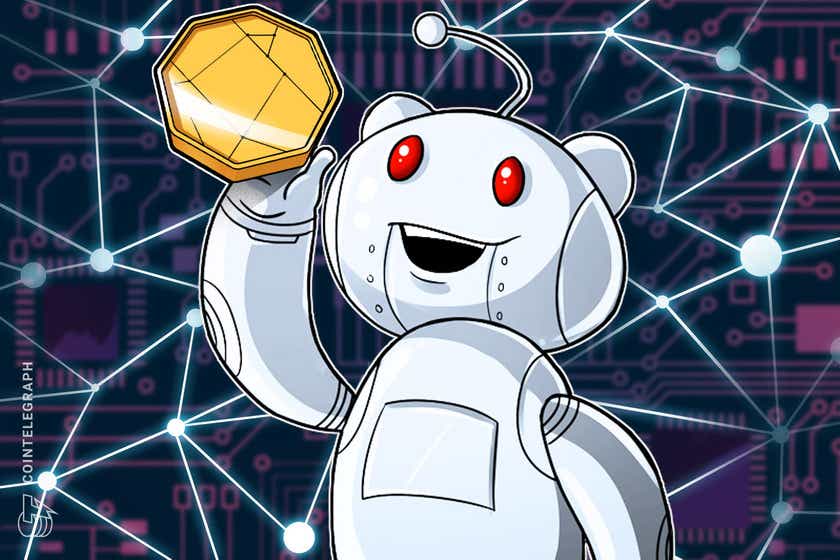 Reddit has launched a waitlist for the upcoming site-wide expansion of its Ethereum-based ‘Community Points’ token rewards program, as well as a dedicated website.

The social media platform, which runs on upvotes that earn users’ karma scores, first dabbled in crypto token rewards in Dec 2019, when it launched Ethereum-based token rewards called “Donuts” in the r/Ethtrader subreddit.

In May 2020, the platform expanded the reward program to the r/Cryptocurrency subreddit with “Moons,” and r/FortniteBR with “Bricks” on an Ethereum testnet.

Now, the program will be rolled out as an opt-in feature for subreddits across the entire platform. Similar to karma, Redditors will be able to earn Community Points by making contributions to a subreddit, such as creating and uploading valuable content, or volunteering to moderate the community.

While the points remain in their beta phase, Reddit has “strongly advised to exercise caution.” Selling, exchanging or trading the points are against the site’s rules.

Reddit stated: “This kind of behavior is very risky while Points are on a testnet — Points can be lost or they may not be migrated over to the main Ethereum network.”

The Community Points program is currently being run on the Rinkeby testnet version of the Ethereum blockchain, with plans to migrate to the Ethereum mainnet using Eth layer-2 scaling solution Arbitrum.

Despite Reddit’s warnings, owners of the trial token rewards have been able to devise a convoluted plan to trade the tokens for fiat.

Once the reward system moves to the mainnet, the…