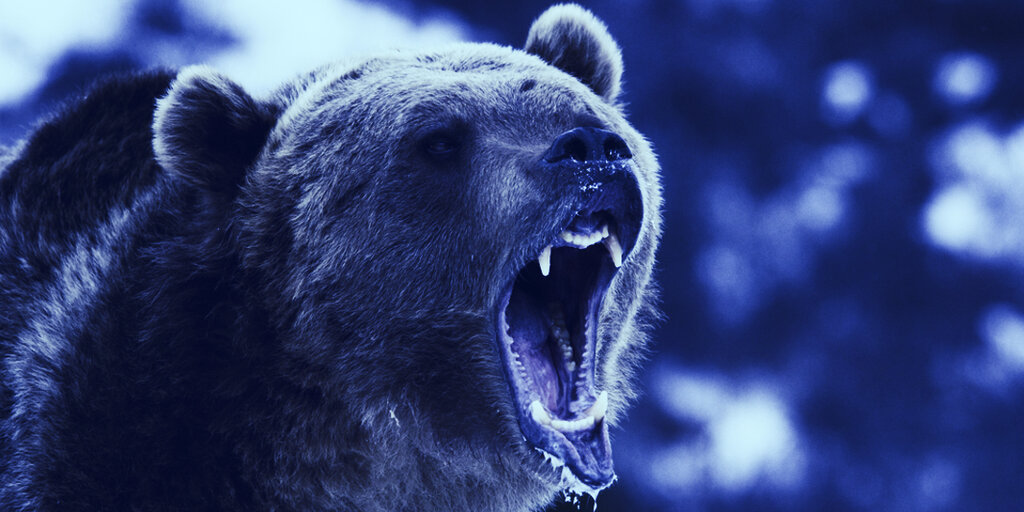 OlympusDAO’s “decentralized reserve currency,” OHM, has fallen by 30.4% this morning. This places the niche crypto token at $131.19 a pop, according to data from CoinGecko.

Since New Year’s day, the token has fallen a total of 65% amid the broader crypto market’s bearish start to 2022.

Since its inception last year, the OHM token has made waves in the crypto community. This interest has been primarily driven by the OlympusDAO’s unique design, dubbed “ponzinomics” by many, as well as the platform’s staking rewards.

According to Asia-based crypto reporter Colin Wu, shortly before the latest downturn, these staking rewards reportedly offered users as much as 190,000%. Now, the rewards are 3,720%.

One of the key reasons behind today’s crash allegedly revolves around an influential trader called “el sk” on Twitter taking profits from their significant OHM position.

An Ethereum transaction making the rounds on Twitter ties this trader to the sale of more than $10.5 million worth of OHM for the stablecoin DAI. According to Etherscan, the transaction was executed on the decentralized exchange (DEX) SushiSwap at approximately 9:00 pm EST on Sunday.

Beyond this one large sale, data pulled from DeFi project Rari shows a cascade of liquidations, most of which are for levered longs on OHM. These liquidations have added significant sell pressure too.

OlympusDAO is a unique crypto experiment in which the token is backed by the value of the project’s treasury. This