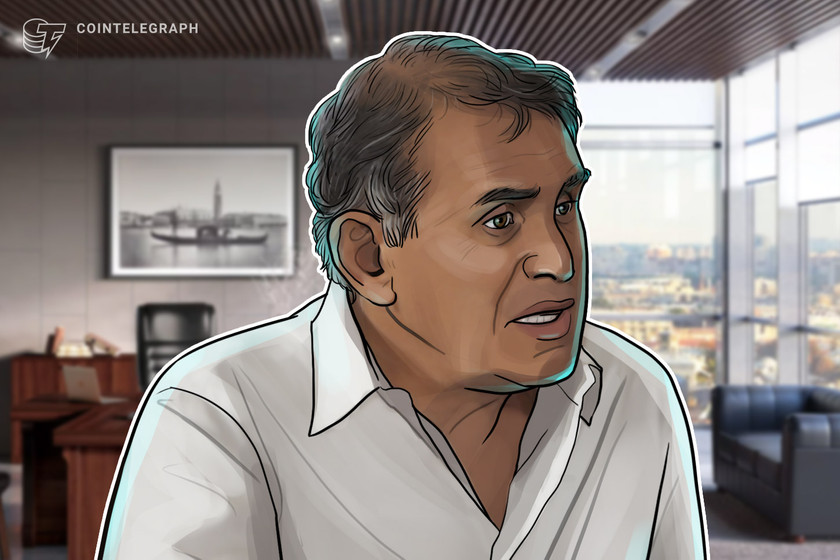 Economist and cryptocurrency critic Nouriel Roubini is heading up the development of a tokenized asset to combat fears of rampant economic stagnation and inflation.

Roubini has long been a skeptic of the cryptocurrency space, which makes his own foray into the world of digitized financial instruments intriguing. In his role as co-founder and chief economist of Dubai-based investment firm Atlas Capital Team LP, Roubini is helping with the roll-out of a set of financial instruments to launch a security token that will act as a “more resilient dollar.”

As initially reported by Bloomberg, Atlas Capital CEO Reza Bundy and Roubini outlined initial plans for the firm’s new products, primarily driven by the current state of the global economy.

The Dubai-based firm will work with Web3 developer Mysten Labs, which will be tasked with building the technology behind the United Sovereign Governance Gold Optimized Dollar (USG).

As Roubini highlighted in a tweet on Monday, USG will begin as a traditional index offering total return swaps to major investors. Atlas hopes to expand this offering to an exchange-traded fund before transitioning to a tokenized version.

According to the report, USG would be backed by real-world assets including short-term United States Treasury bonds, gold and real estate investment trusts. The offering will be aimed at major investors like sovereign wealth funds, pension funds and possibly central banks exposed to dollar-backed assets.

In an op-ed published in the Guardian at the beginning of May, Roubini highlighted the current global socio-economic…