The term metaverse has been reintroduced online due to Facebook’s announcement that they would build a VR (Virtual Reality) social network for its users.

Unlike many decentralized metaverse cryptocurrency initiatives, Meta is owned by a single entity. As digital coins are paired with the blockchain metaverse, they will authorize the administration in the metaverse sector. In 2021, GameFi and Play-to-earn received about 13% of total investments. 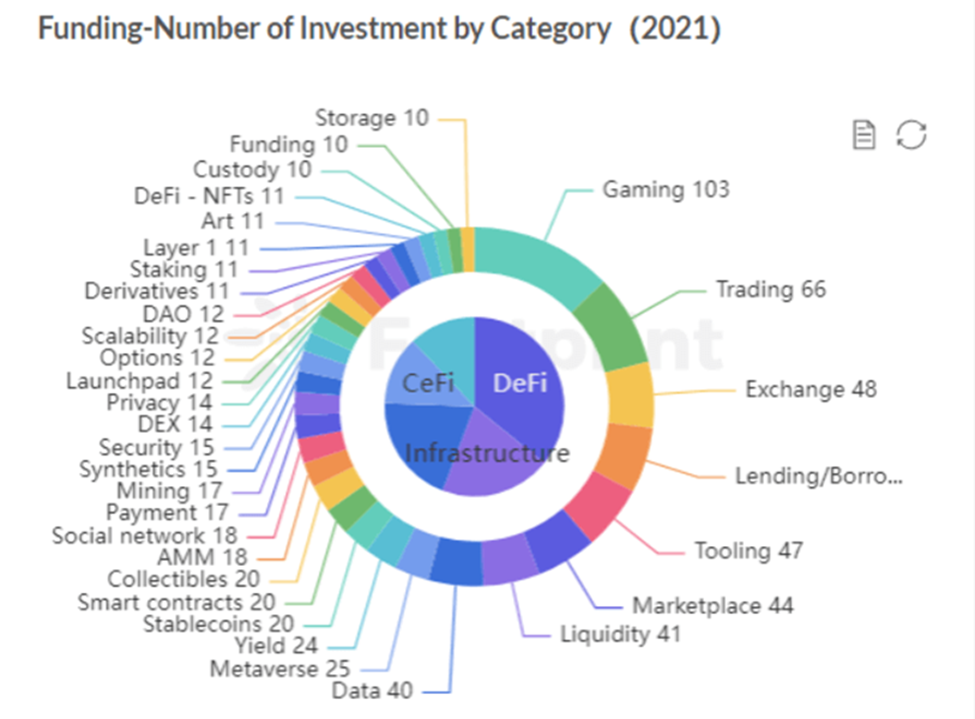 The second part of the year was dominated by big gaming announcements and stats, as the trend shifted from DeFi to NFT, then GameFi. For example, on August 6th, Axie Infinity made $17 million, beating even Honor of Kings, a top Tencent mobile game.

The public saw Facebook’s name renewal to Meta as they continue to be the entity that administers their social network. This adds to the criticism as users do not control the platform. The Meta, a VR social network, does not enable users to choose what they want to look like or accept while using the platform.

Utilizing a decentralized governance structure, the decentralized metaverse cryptocurrency initiatives let users determine the platform’s destiny. It also allows users to make their proposals and vote on them, with the outcomes being determined by consensus. With no final say from companies/developers, it’s a strong instrument to disperse power. Using this and blockchain technologies will rebuild the authority source for its future users.

Top 3 forthcoming metaverses investors can add to their…