The Loopring (LRC) price has entered a symmetrical triangle pattern on the daily chart in the face of continuous bearish pressure.

This indicates that the bulls are retreating, so LRC must attract buyers to achieve a successful breakout.

However, a bearish breakthrough is anticipated, and the token price may fall below the important support at $0.30. Loopring is trading at $0.37 as of this writing, a decrease of 4% over the last seven days, according to statistics provided by Coingecko on Wednesday.

The whole crypto market began the year on a positive note. However, by the end of January, it had already begun to indicate that 2022 would be quite bumpy. 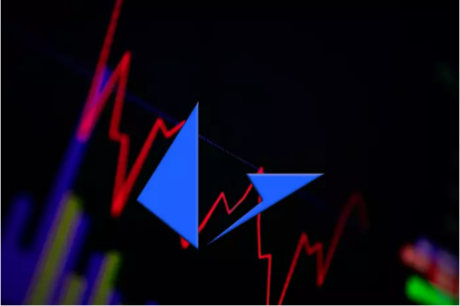 Loopring Dragged Down By Gloomy Market

Today, the entire crypto market is aggressively negative, having seen a mini-crash in both the months of May and June.

The present strong aggressive bearish trend of the sector has also affected other cryptocurrencies, such as Loopring, which is down 80% year-to-date. The coin’s trading volume is 69 million, while its market capitalization is 488 million.

Loopring has fluctuated in a descending triangle pattern during the course of the past two months. In addition, LRC has retested the falling trendline, which could ignite another bear cycle inside this pattern.

Loopring was one of the few projects in June that had begun to exhibit indications of recovery. The first five days of the project were marked by a significant bullish push. However, this was followed by a…