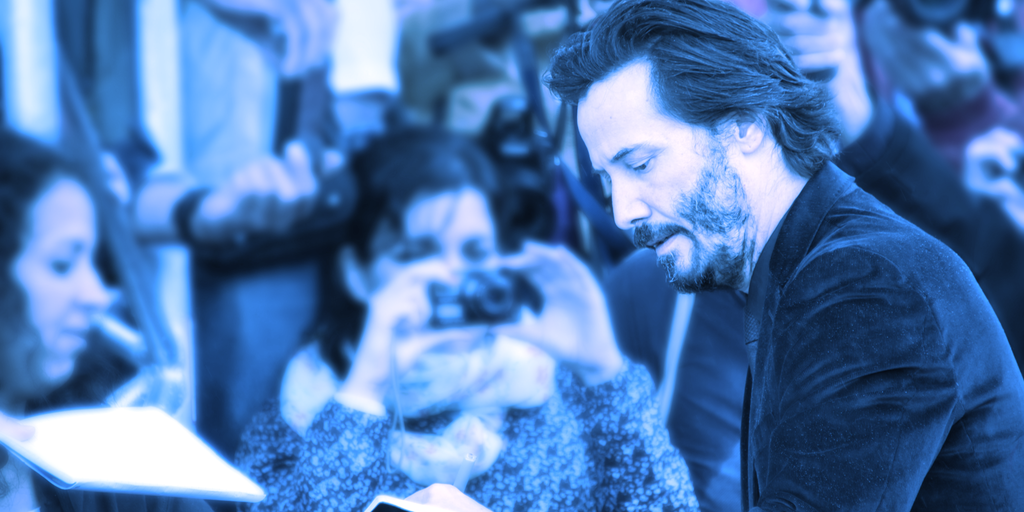 When asked in a new interview with The Verge if he was “into cryptocurrency personally,” the actor said “a friend of mine bought some for me awhile back” and that he hasn’t done anything with it because “I haven’t had to.”

It’s unclear which specific cryptocurrencies he was gifted, however.

Reeves and co-star Carrie-Anne Moss were being interviewed to promote “The Matrix Resurrections,” the latest film in the “Matrix” series. Alongside discussing the film, the duo fielded questions on cryptocurrencies, the metaverse, a “Matrix” video game and NFTs, and even the future of VR-based pornography.

The studio behind the film Warner Bros. Pictures has been active in the crypto space, launching a series of 100,000 non-fungible tokens (NFTs) to promote the film’s launch in November. The NFTs are of various Matrix-themed avatars and ran for $50 per token. Each NFT offered holders a choice to take either a red pill or a blue pill, mirroring one of the film’s most historic moments.

Reeves expressed skepticism about NFTs during the interview.

When asked what he thinks about “digital scarcity” and “things that can’t be copied,” the actor added, “that are easily reproduced” and laughed.

As for the buzz surrounding all things metaverse, Reeves asked, “Can we just not have metaverse be invented by Facebook? The concept of metaverse is way older than that,” he said. “