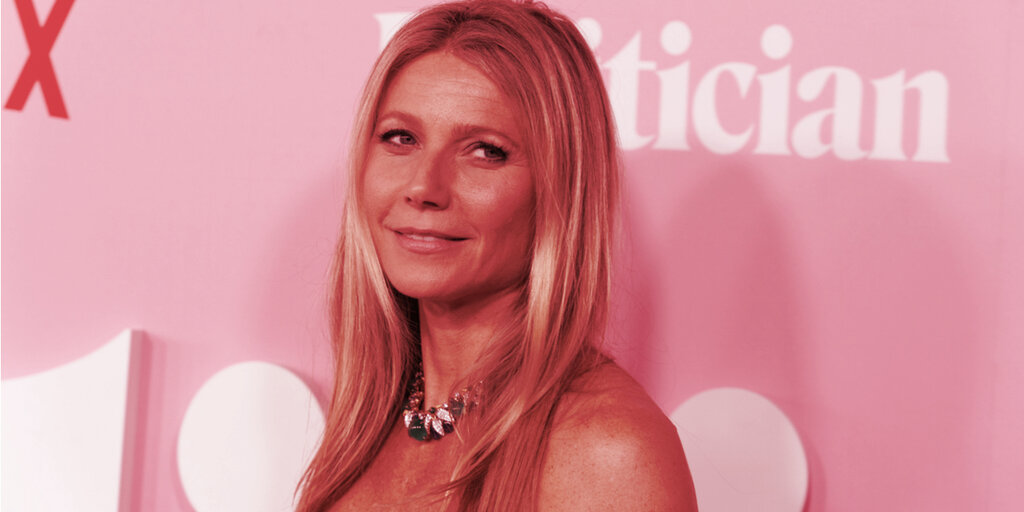 It looks like Christmas has come early for Gwyneth Paltrow fans: The Hollywood A-lister today announced she’s giving away $500,000 in Bitcoin to Instagram and Twitter followers.

“I’ve long been bullish on the idea of democratizing Bitcoin and making it easy to send it to friends and family,” she said on Instagram, adding that her gifting the asset to fans was a bid to “do something special for my social community and empower them to learn more about cryptocurrency.”

Buying crypto has often felt exclusionary. In order to democratize who can participate, @CashApp is now making it easy to gift Bitcoin. I’m giving out $500k worth of Bitcoin for the holidays. Follow @cashapp + drop your $cashtag below w/ #CashAppGifting to enter.

That’s nice. But Paltrow actually is working with Cash App to promote the payment platform’s new function of sending gifts of $1 in Bitcoin and stocks.

Fans just need to comment on Paltrow’s Instagram and Twitter posts and they will be selected randomly and given up to $100 in Bitcoin, according to Cash App.

Paltrow is the latest celeb to take part in Cash App’s giveaway campaign, which started in November. The app is giving away a total of $1 million in the cryptocurrency. Last month, Green Bay Packers quarterback and three-time NFL MVP Aaron Rodgers announced he was giving away Bitcoin—and receiving a portion of his salary in the crypto.