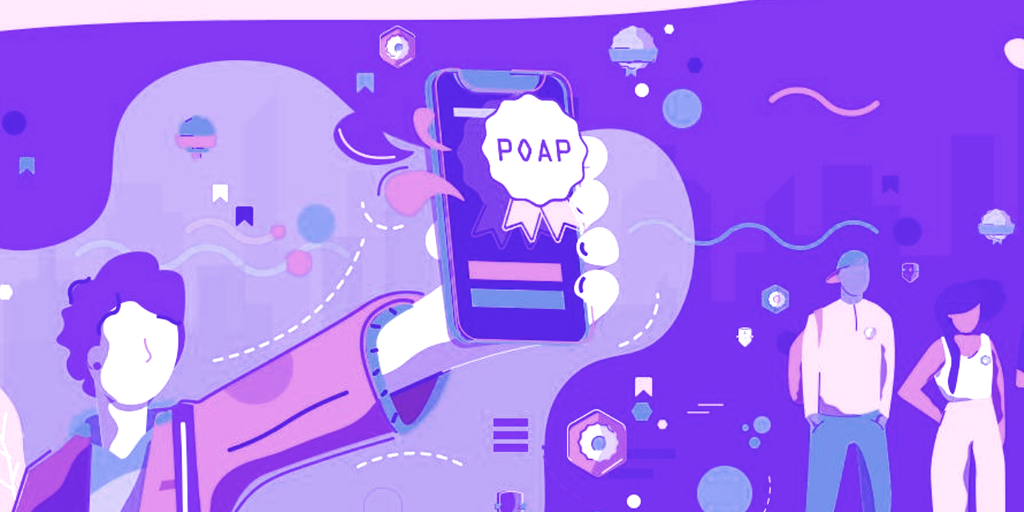 “We intend for this raise to be the first along the road to our building a better POAP,” wrote POAP Chief Operating Officer Isabel Gonzalez in a Medium post.

Launched in August 2021, POAP (which stands for “Proof of Attendance Protocol”) is an Ethereum-based app that event organizers can use to give out attendance badges in the form of NFTs. These badges are minted using the ERC-721 token standard and more than 2 million POAPs have been minted to date, according to the company. (Decrypt, for example, created and issued POAPs for attendees of the Ethereal Virtual Summit in May 2021.)

Not all POAPs are created equally so today we present:

💍 Collectible – the holders enjoy them on their intimacy (private usage)

🎖Reward – the holders get benefits for owning them (private/public usage)

“At the core, POAPs are NFTs minted in recognition of a moment that created equity in the relationship between its holders,” Gonzalez wrote in today’s announcement.

POAP’s popularity proved to be a double-edged sword when, in October 2021, the app was overwhelmed by POAP farmers (accounts collecting POAP…