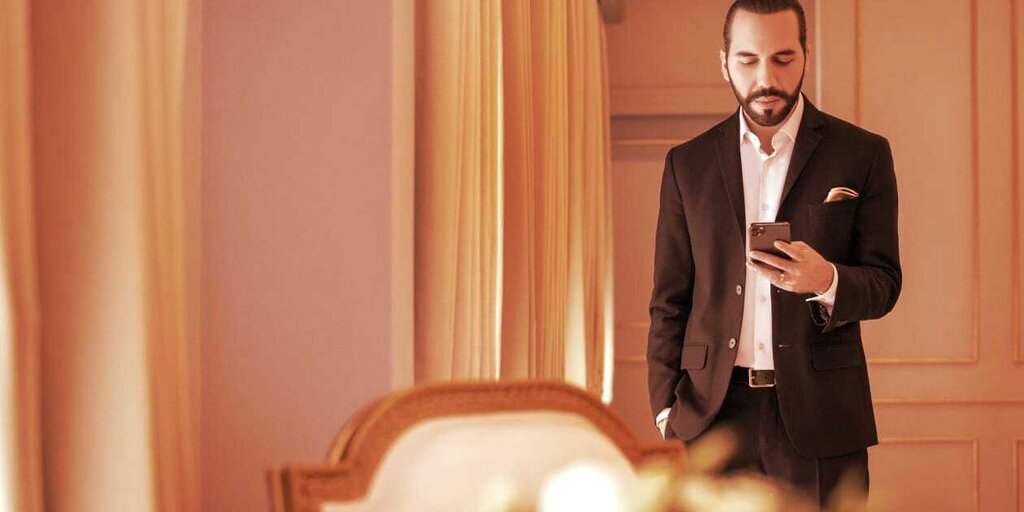 Nayib Bukele, El Salvador’s controversial president, is still hugely popular in the country—but not because of his Bitcoin bet, according to a new survey.

LPG Datos, the newspaper’s research unit, polled 1,520 people from all over the country and asked them if they approved or disapproved of what the president had done so far. Only 11.7% said they disapproved, and 3.2% did not answer. (It is possible, however, that some citizens were afraid to answer truthfully and criticize the president—as some who spoke to Decrypt have been.)

President Bukele took office in 2019 after promising to reduce gang violence in the crime-stricken Central American country and stamp out corruption.

The Twitter-loving leader has perhaps become most famous for making Bitcoin legal tender in El Salvador: an idea that has been criticized by the World Bank, the IMF, and even JP Morgan.

And if LPG Datos’ survey is anything to go by, El Salvador’s own citizens aren’t thrilled about it either: when asked about the president’s failures, Bitcoin came top of the list—with 9.6% of respondents saying they didn’t like the new law.

The Bitcoin Law, passed in September, obliges all businesses with the technological means to accept the…