Will the plan work? Soon, the Bitcoin Bonds will get the legal foundation they need. In a recent TV interview Alejandro Zelaya, El Salvador’s Finance Minister, said they will send the necessary bills to Congress. Soon. Reportedly, El Salvador will initially issue $1B worth of bonds, which will have a ten-year maturity and carry a 6.5% coupon. The bitcoin that backs them will be locked for five years.

The project, announced by President Bukele at Labitconf 2021, includes plans to build Bitcoin City. More on that later. In a scheme worthy of MicroStrategy, El Salvador will spend half of the money on the construction of Bitcoin City and will buy Bitcoin with the other half. Will the plan work? Well, they have to sell the bonds first. And for those to exist, a regulatory framework is required. 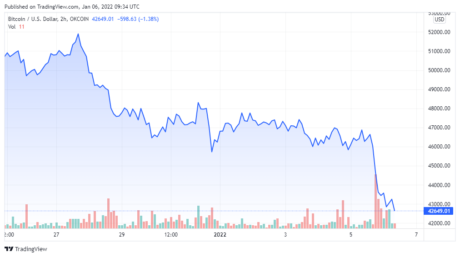 What Did El Salvador’s Finance Minister Say About The Bitcoin Bonds?

In an interview in the local TV show “Frente a Frente,” Zelaya announced the plan’s following steps. Reuters reports:

The Finance Minister didn’t specify exactly when they will introduce the bills. According to El Salvador In English, Zelaya said, “This type of legislation is what we are going to send to the Legislative Assembly to be able to give legal scaffolding and legal certainty to all…