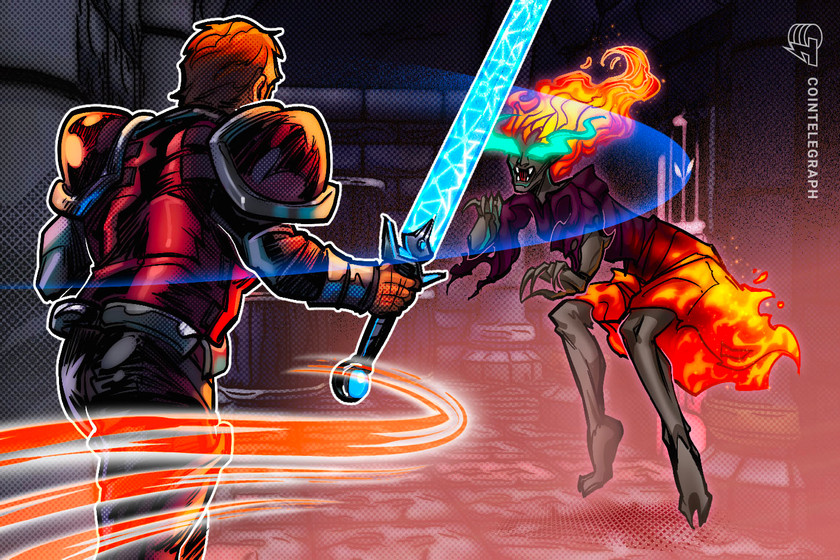 At the height of the nonfungible token (NFT) rally in 2021, Sky Mavis, the creator of Axie Infinity, rolled in like the Trojan horse and coined the term play-to-earn (P2E) for blockchain games. Axie Infinity grew in popularity after amassing a $3 billion valuation and it steadily onboarded millions into Web3. According to Axie Infinity co-founder Aleksander Larsen, roughly 50% of Axie Infinity’s daily active users (DAUs) had never had a cryptocurrency wallet until they began playing.

As a result, the Web3 ecosystem perked up at the prospect of utilizing games as a method to onboard new entrants. Despite this, most blockchain platforms, protocols and games in their current state are inherently complicated and cumbersome to navigate. However, entities are emerging to lessen the burdens and barriers of interacting in the ecosystem and onboarding prior to making the plunge into Web3.

Crypto Raiders is doing exactly that. On March 29, the project completed a $6 million seed funding round with the aim to further expand its team and marketing strategies. By pivoting from play-to-earn to play-to-own, Crypto Raiders is focusing less on financial incentives and more on the elements of fun gameplay.

The project aims to develop an environment where gamers are not solely players but asset owners. In an effort to further understand the benefits of this narrative, Cointelegraph spoke with the creators and co-founders of CryptoRaiders Nick Kreupner, David Titarenco and Matt Powell about how they are onboarding new and traditional gamers into Web3.

Cointelegraph: There seems to be…