While Bored Ape Yacht Club appears to be unfazed for several months now in the face of the crypto crash, the month of May tells a different storyline.

Bored Ape Yacht Club, a blue-chip NFT, appeared to have dipped in value, as evidenced in May when NFTs dropped in average sales price. May has been a challenging month for NFTs and crypto alike. BAYC has managed to end it with a sour trading price of $152,658.

Although BAYC sales are comparably higher than other NFTs like Otherdeed, Art Blocks, NBA Top Shot, and even Mutant Ape Yacht Club, BAYC values have crashed by 60% since May 1 with an average trading price of $382,894.

A hike in unique buyers increased from 475 to 591 in April, but the average sales have shed tremendously since. 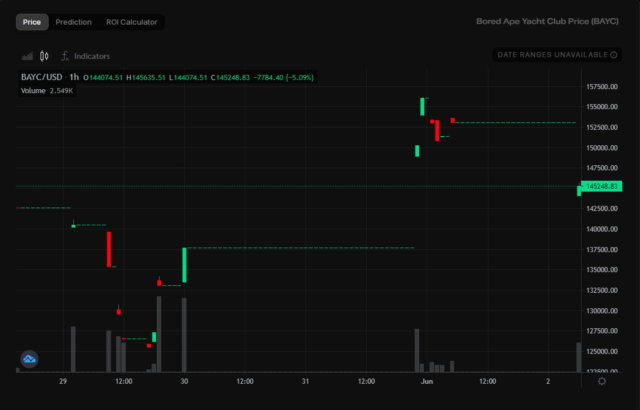 Why Own A Bored Ape Yacht Club

BAYC is an NFT collection owned by many celebrities and influencers like Stephen Curry, Eminem, Justin Bieber, and Shaquille O’Neal. It’s an overnight sensation that has also triggered high prices for the collection. Owning a BAYC is a status symbol that you belong to the elite circle.

To be relevant, it’s a must to own the most popular and royal NFT. It gives the owner that cool status, but the actual value of BAYC is exclusive membership access. It’s a digital club that provides member-only access and privileges such as the…