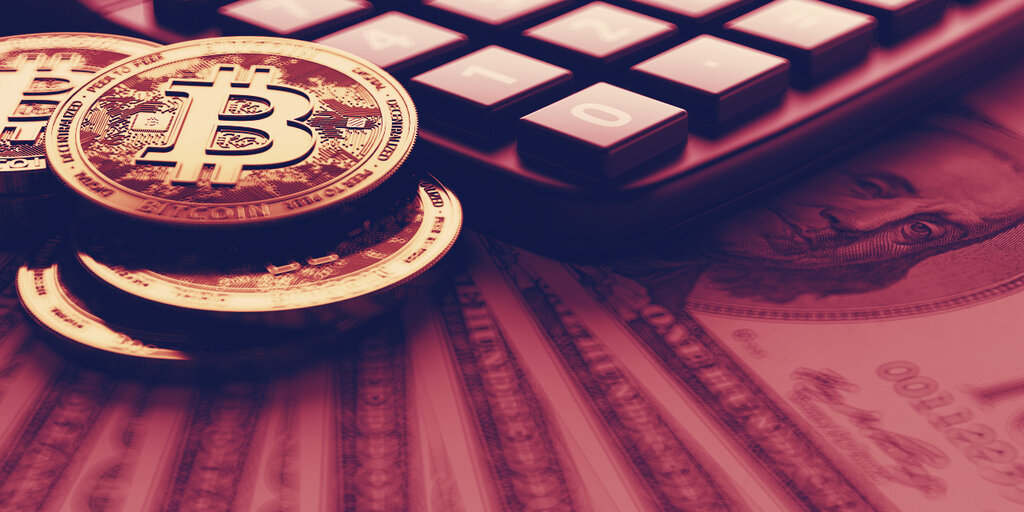 Tax and compliance experts say the D.C. fracas over how a new broker definition will impact crypto firms has been distracting from what’s arguably a wider reaching change for any company that accepts Bitcoin and other crypto as payment.

The recently signed $1.2 trillion infrastructure bill makes crypto payments of $10,000 or more reportable under IRS Form 8300. The form, which businesses need to file within 15 days of receiving an eligible payment, used to only apply to cash.

Under the new rules in the bill, buying jewelry, a new car, transferring funds from one business to another, or even paying a bill that’s more than $10,000 over several installments with crypto could become scenarios that require the customer to provide tax information.

The ease with which crypto can move without the need to share personal information would apply only to small transactions and there would potentially be a record that links a person’s name and address with their crypto wallet.

“I tend to be more concerned about the [Form] 8300 because I think that the definition of a broker will be watered down some,” Gil Hildebrand, CEO of New Orleans-based blockchain compliance company Gilded told Decrypt. “But I don’t think the requirement to collect financial data for payments will be watered down because there isn’t some technical barrier to people being able to do it.”

Despite the broad implications, especially for the many companies that have announced they’ll begin accepting crypto payments, lawmakers have been steadfast in focusing on the new broker definition.

As it’s written, everyone from crypto miners to hardware vendors would be responsible for collecting tax information and filing IRS Form 1099-B. The problem is that it wouldn’t be technically feasible for many of those people or companies to collect tax information from users.

For example, miners validate transactions before they’re added to a blockchain’s public ledger. But the information they need to verify only shows the wallets that sent and received funds for each payment. If they were to satisfy the 1099-B reporting requirement, miners would need to track down every person tied to every transaction to collect their tax information.

“It’s literally impossible for non-custodial actors like miners to get the information they need to do Form 1099s,” Jake Chervinsky, head of policy for the crypto lobbyist group Blockchain Association, said in a tweet before the bill had been voted on. “In practice, this could mean a de facto ban on mining in the USA.”

Lawmakers have therefore been hyper-focused on the broker language.

Sen. Ted Cruz (R-TX) has set out to remove the language entirely, saying it could cause the crypto industry to be “stifled and driven overseas.” Meanwhile, Sens. Cynthia Lummis (R-WY) and Ron Wyden (D-OR) teamed up again to change the language so it would exempt blockchain validators, non-custodial hardware and software vendors, and developers from the new “broker” definition.

The broker definition isn’t much of a concern for Gilded because their software is noncustodial– they don’t actually hold funds for clients. They do, however, help facilitate the compliance process for things like business-to-business crypto payments.

“Looking at the traditional finance world, they have procedures for this in place already. Because everyone uses a bank, the banks take care of all [the tax information collection]. So you don’t even realize that that’s something you need to do,” Hildebrand said. “The difference with cryptocurrency is that you now have the ability to do peer-to-peer transactions where there’s no bank in the middle. And so who’s satisfying the compliance requirement in that case?”

He added that there’s a chance some companies could reconsider or even walk back their willingness to accept crypto payments if they feel it will impose too much of a compliance burden.

The concern over large crypto payments being treated like cash has raised eyebrows in traditional accounting circles, too. Debbie Pflieger, a partner in Ernst and Young’s business tax advisory practice, told Decrypt she’s heard similar sentiment from her clients.

Many of her crypto firm clients will be considered brokers under the new law, she said. For them, the road ahead includes taking an active role in the Treasury’s rulemaking process before changes go into effect for the 2024 tax year.

But that’s standard practice for her. Nearly all tax code changes start as vague language before they’re parsed by the Treasury, she said. And the companies that will be impacted are outnumbered by the ones who are going to need to start treating large crypto payments as cash.

“I have many, many, many more clients who are going to be affected by that reporting,” Pfleiger said. “There are a whole lot more businesses who want to accept cryptocurrency because it’s the hot new thing out there. Everybody wants to be perceived to be on the cutting edge.”