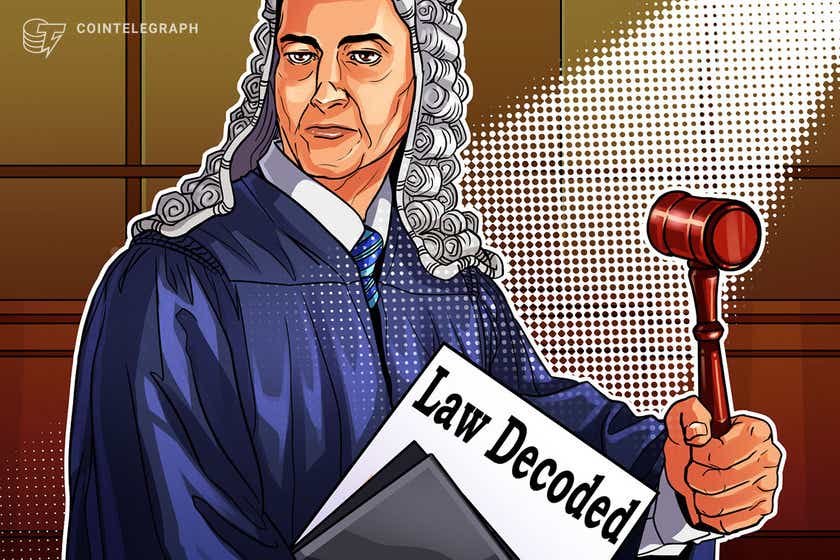 Do you remember the time when a fleeting mention of Bitcoin, stablecoins or even central bank digital currencies by a top-ranking government official was considered major news all over the cryptoverse? Feels like it’s been forever. As we find ourselves in the midst of digital assets’ global mainstreaming, such statements come in droves every day and are expected. Randal Quarles, an outgoing member of the U.S. Fed’s board of governors, warned against overregulating stablecoins and even rebuked some of the conclusions that the President’s Working Group on Financial Markets had articulated in its November report. Treasury Secretary Janet Yellen admitted to remaining undecided on the issue of the digital dollar, but prospective Fed vice chair Lael Brainard seems to be all in on the CBDC project. It goes without saying that the leading makers of economic policy are deeply immersed in these issues.

Below is the concise version of the latest “Law Decoded” newsletter. For the full breakdown of policy developments over the last week, register for the full newsletter below.

Meanwhile, the Securities and Exchange Commission is standing its ground on spot Bitcoin exchange-traded funds. WisdomTree’s application for a spot BTC product to be traded on the CBOE bZx Exchange became yet another to be turned down by the regulator. The rationale for the decision was familiar as the SEC’s verdict cited the proposed ETF’s sponsors’ lack of demonstrated capacity to prevent fraud and manipulation and protect investors.

The SEC has been under fire…