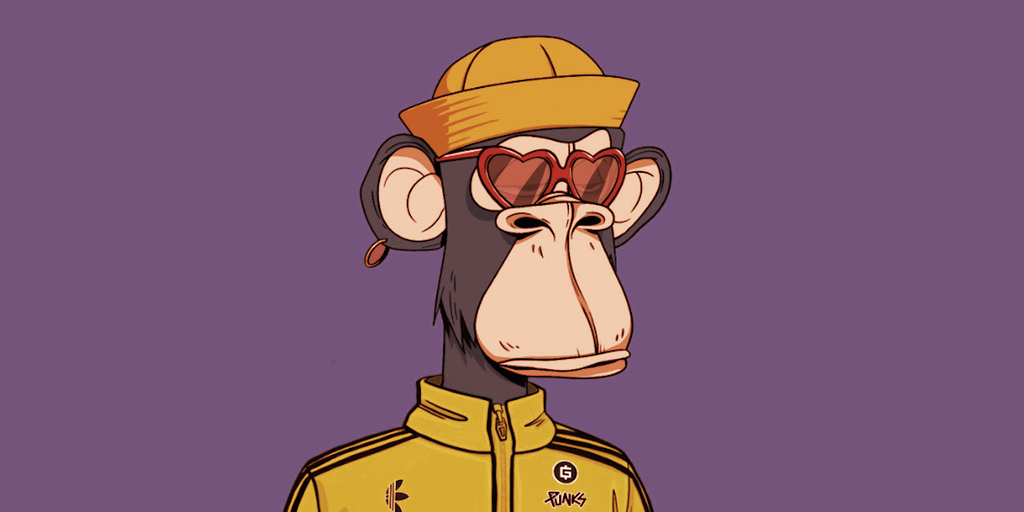 Following recent teases, apparel brand Adidas announced today that it has purchased a Bored Ape Yacht Club NFT and is collaborating with Bored Ape creators Yuga Labs and others in the space to enter the metaverse—an emerging vision of a future internet in which users interact in shared 3D worlds with their owned NFT collectibles.

Adidas shared a look at its Ape NFT on Twitter, complete with Adidas-themed apparel overlaid on top, and also posted a trailer teasing the alliance. In addition to the Bored Ape Yacht Club, Adidas is teaming up with notable NFT collector Gmoney, as well as Punks Comic, an unofficial Ethereum NFT derivative project inspired by the popular CryptoPunks.

The trailer shows 3D avatars inspired by Gmoney, a Punks Comic original character, and Adidas’ new Bored Ape character dropping into a world with a glowing Adidas logo on it, all while the classic Louis Armstrong song “What a Wonderful World” plays.

Adidas purchased Bored Ape Yacht Club NFT #8774 and will turn it into a metaverse character named Indigo Herz. According to public Ethereum blockchain data via marketplace OpenSea, the NFT was purchased in September for 46 ETH, or just over $156,000 at the time.

On a Twitter Spaces conversation alongside the launch, representatives for the various parties described the collaboration. An Adidas representative said that it was five months in the making, while the Punks Comic team said that the next NFT issue of the comic—which will release next week—will feature the character.

The Bored Ape Yacht Club is one of the most popular NFT projects, spanning 10,000 unique, illustrated avatars that have sold for as much as millions of dollars apiece on the secondary market. All told, the project has generated more than $1.3 billion in combined secondary trading volume across all collections since launching in April, per data from CryptoSlam.

Celebrities such as Jimmy Fallon, Post Malone, and Steph Curry use them on social media, while music producer Timbaland and record label Universal Music Group are separately creating metaverse music groups based on their respective owned Bored Ape avatars.

An NFT acts like a deed of ownership for a digital item, and can represent profile pictures like Bored Apes, as well as other artwork, video files, and more. Bored Ape owners own commercialization rights to their respective avatars, letting them create and sell derivative projects, physical goods, and more. In this case, however, Adidas has partnered with the actual Bored Ape Yacht Club brand in addition to buying and using its own avatar.

The metaverse refers to the future vision of the internet, in which users are expected to interact in immersive 3D worlds using avatars. User-owned NFT assets like profile pictures are designed to become a key building block as the metaverse takes shape.

Adidas also recently revealed a collaboration with the upcoming Ethereum-based metaverse game, The Sandbox. Mathieu Nouzareth, a board member of The Sandbox, confirmed the Adidas alliance at yesterday’s DCentral Miami conference, but did not provide specifics on the planned activation.

On today’s Spaces chat, Erika Decker Wykes-Sneyd—Vice President Global Marketing Communications for Adidas Originals—spoke to the challenge of bringing a traditional company into the decentralized world.

“The calls that we have quite often have lots and lots of lawyers on them,” she said, “because it really is fundamentally a massive mindset shift for the way companies run organizations.”