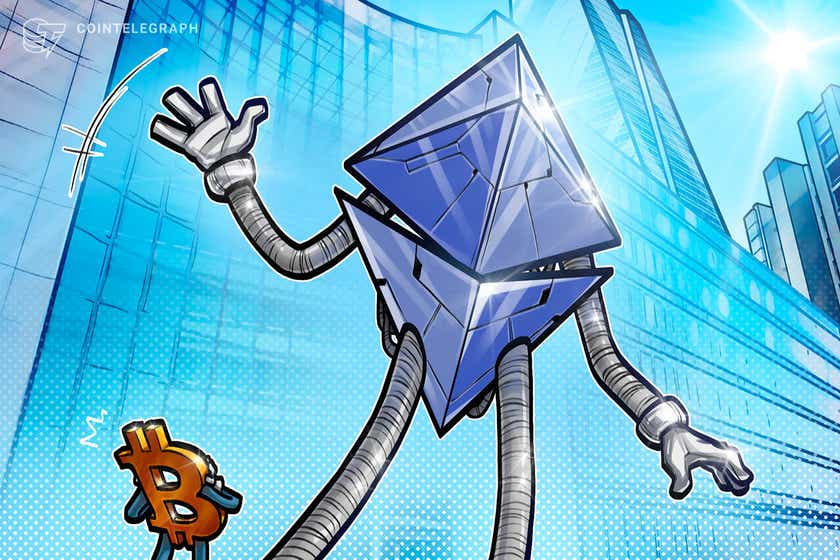 2021 has proven to be a fortuitous year for the world’s second-biggest cryptocurrency Ether (ETH), which has seen a fourfold increase in value over the past 12 months.

In doing so, Ether has outperformed the appreciation of the preeminent Bitcoin and has gained an increased percentage of the overall cryptocurrency market by capitalization. While the wider cryptocurrency markets have enjoyed a year of relative gains, ETH’s increase in value has been in tandem with upgrades to Ethereum’s core protocol, laying down the final pillars for its transition to a proof-of-stake consensus protocol in 2022.

Certain Ethereum Improvement Proposals (EIP) have been the center of attention for the wider Ethereum community and have proved to be pivotal for “The Merge” with the proof-of-stake Beacon Chain set to take place in 2022.

The London hard fork was the most anticipated upgrade that introduced a handful of EIPs. EIP-1559 proved to be contentious due to the change of fee structures earned by miners and paid by users, and there were both positive and negative aspects brought about by the upgrade.

A crucial factor was the built-in ETH burn mechanism introduced that destroys a portion of Ether used to pay a transaction fee. While some miners were unhappy to see a reduction in fees, the upside of the London hard fork was the deflationary action of the ETH burn mechanism. It is believed that this EIP and its deflationary mechanism will help increase the value of ETH in the months and years to come.

The Altair upgrade followed London toward the end of the year, serving as the first…